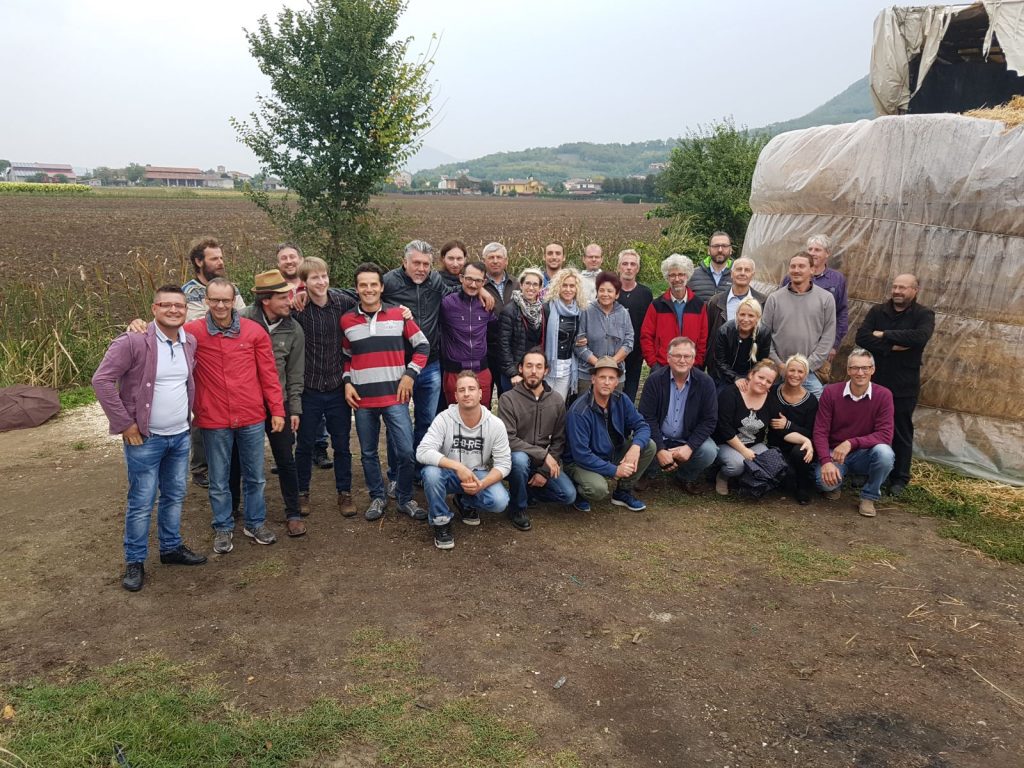 Valbona (Italy) – In the weekend of 30 September 2017  the second international biomeiler / thermocompost conference took place in the beautiful place Valbona near Padova. The annual conference was this time organised by the Italian Thermocompost Group, Native Power Germany and the Dutch Biomeiler foundation.  About 40 attendees were present from Italy, Germany, Chili, Czech Republic, Romania and the Netherlands.

The program was full with many attendees presenting their Biomeilers, results, difficulties and successes. It is really encouraging to observe that various biomeiler builders ran into the same issues and came up with vary similar solutions. Its this kind of practical experience sharing that makes it very worthwhile to participate in such conferences as well as it makes biomeiler/thermocompost technology more reliable and robust in the short run.  In the long run we also benefit as many ideas for future directions have been exchanged between the individual members and groups.

Some highlights of the conference

The Biomeiler community has now various research groups grass rooted in the Scientific community and polytechnical highschools world wide. To name a few:

A few final notes: the international thermo compost day will be 12 december, as this is the birthday of Jean Pain.
The next Biomeiler Conference is already being planned and will be in Leipzig Germany from 5 to 7 October 2018.

The conference was hosted by Simone Muraro and Roberto Trevisan (owner of agriturismo Valbona and a biomeiler) plus his family we thank all of them for the excellent organisation, accommodation and food. Also we thank the translators for their work to translate the talks and all the international conversations. Thanks also all who attended, you made it a great experience.
Tagged English, International